You are here: Home » Financial News

The offences, applied 7 October this year, are part of the Revenue’s “No Safe Havens” campaign and are of “strict liability”, removing the need to prove that the evasion is intentional. This comes after the Criminal Finance Act 2017 recently gave HMRC greater tools to prosecute the facilitation of tax evasion by corporates – designed to meet its target of prosecuting 100 companies and wealthy individuals by 2020.

An automatic exchange of financial information with other tax authorities overseas (the “Common Reporting Standard”) is also now underway which will allow HMRC access to thousands of offshore account details, previously out of reach.

The offences will apply if a taxpayer fails to notify HMRC of their liability to tax, fails to file a return or files an inaccurate return. They only apply to income tax and capital gains tax (although this will be reviewed at a later date), and to all offshore income and gains, not just to under-declared investment returns. They do not apply retrospectively but will apply in respect of the tax year in which the offences are introduced.

A minimum annual threshold amount of £25,000 of under-declared tax has been set (which HM Treasury can increase by secondary legislation).

For those individuals who have failed to declare UK income or capital gains offshore, even by mistake, it could have significant implications including prison. Conviction can result in a fine or prison sentence of up to 6 months (with the maximum custodial sentence to be raised to 12 months in due time).

Stakes are raised in the tax investigation landscape

In the aftermath of the Panama Papers scandal, MPs from the Public Accounts Committee provided a damning indictment of HMRC’s performance in tackling tax evasion. With losses from tax fraud estimated at a staggering £16bn and a tax gap of £34m, HMRC faced fierce criticism for letting “big multinationals off the hook”, achieving “woefully inadequate” numbers of prosecutions for offshore evasion and leaving “an impression that the rich can get away with tax fraud”.

As a result, HMRC pledged in its business plan for 2015-2020 that it would invest £800m into tackling tax evasion and non-compliance. It set itself a clear goal to raise an additional £5bn a year by 2019 to 2020. To achieve this it intends to increase the number of prosecutions into “serious and complex tax crime”.

There is no doubt that HMRC now has better tools in its armoury to meet its target. However, in our view, HMRC must be careful to ensure that its limited resources are deployed selectively, in order to gain the maximum benefit in terms of tax take and public confidence.

It will be tempting for HMRC to target smaller companies for failure to prevent tax evasion offences, on the basis that they may not have adopted any prevention procedures at all. Such “easy wins” are unlikely to assuage public concerns that large corporates are treated differently to small and medium sized businesses. Equally it may not necessarily help the UK tax gap if HMRC uses preciously slim resources to assist in investigations where tax has been evaded from foreign jurisdictions.

On the individual front, HMRC can gain great headlines from prosecuting celebrities and footballers for their involvement in sham film finance funds. But what about the less well-known, wealthy individuals who take sophisticated advice (and those who provide such advice)?

HMRC will need to choose its battles wisely. It will be keen to demonstrate that the new legislation at its disposal does have teeth but if it takes the easy path of pursuing low hanging fruit it may not achieve its stated aims and as such, fail to temper negative public opinion. While HMRC is serious about aggressively clamping down on all forms of tax evasion, it will be held to account for such.

And, as we know, advisors need to be alert too, as HMRC has this constituency in its sights. 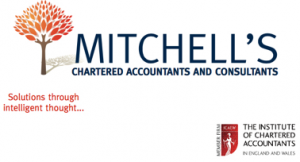 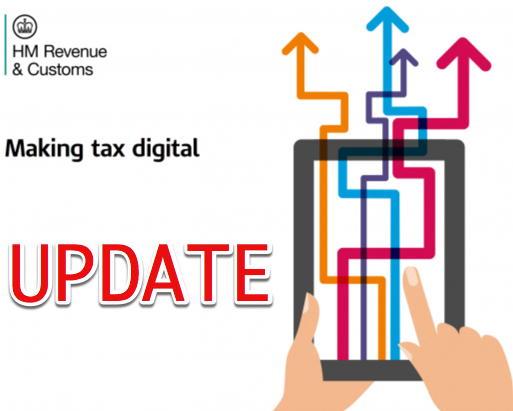 Legislation to implement the government’s Making Tax Digital initiative has been put on hold.

The plans, which would see businesses and the self-employed submit multiple tax returns online via computers or smartphones, have been met with widespread criticism.

However, following last week’s announcement of a general election, the government has decided to drop 72 out of the 135 clauses from the Finance Bill 2017- including Making Tax Digital. This decision has been met with positive feedback from the accountancy sector.

Although the legislation may still be passed in the future, many accountants and tax experts have welcomed the opportunity to properly discuss and debate the proposed legislation further before it becomes law.

Making Tax Digital was introduced by the government as a way to prevent errors in tax returns and was expected to come into force in April 2018.

However, the plans faced criticism with many tax and accountancy professionals highlighting that the changes would mean individuals and businesses will have to deal with a tax deadline of one sort or other during most months of the year.

Self-employed taxpayers with turnovers of over £85,000 were expected to be the worst hit by the changes, who from April 2018 would have had to file at least five returns per tax year in addition to regular VAT returns.

Many in the profession have also raised concerns that some individuals and small businesses- particularly those without current access to the internet- would struggle with the online process.

Indeed, the Chancellor in the Spring Budget already put a delay on the changes for some small businesses- pushing back the start date to 2019.

Added to this, many have raised the concern that the change could actually cause more mistakes to be made on returns if more taxpayers choose to submit their returns online without the help of a professional.

It is hoped that with this delay more time can be spent on the proposed initiative, and potential issues thought through before implementation.

Commentary on the decision:  “One sensed for some time that there were even misgivings amongst HMRC staff about how this was going to work in practice so it is perhaps unsurprising they would wish to give themselves time to consider the way forward.” 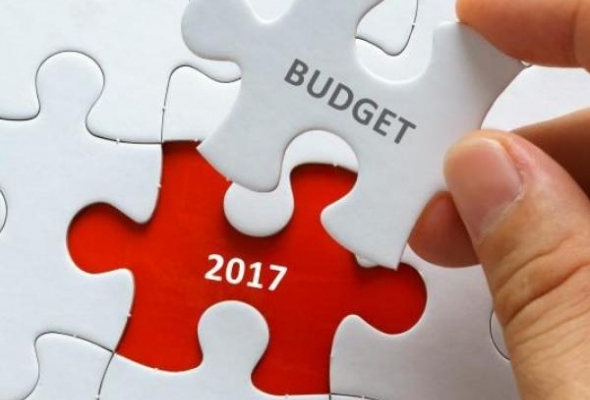 Budget 2017: Key points and summary at a glance

Philip Hammond has delivered his first Budget as chancellor. These are the key points of what he has said.

Borrowing and the economy 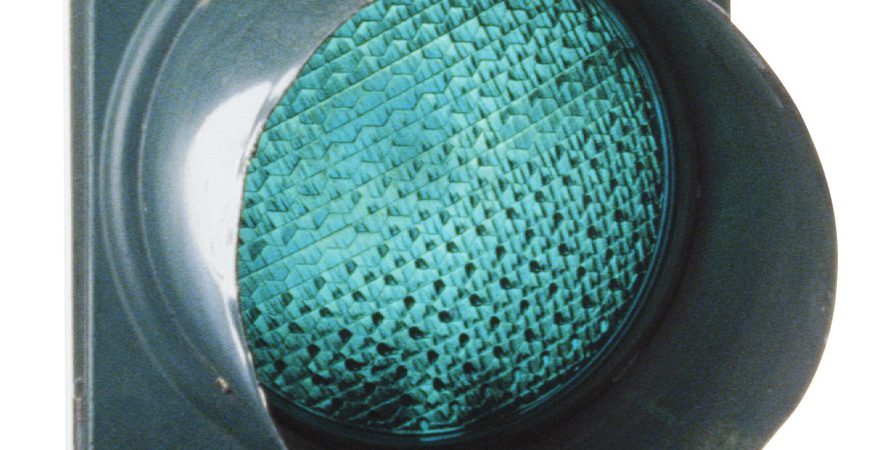 My name’s Mike Howes-Roberts and I’m the HMRC Programme Director responsible for transforming Government Gateway.  Why is transformation important? And what do we mean by transformation? Those are some of the questions I’ll try and answer in this, my first blog post.

Why is transformation important for Government Gateway?

Government Gateway has been a critical piece of UK government infrastructure. It has enabled individuals, businesses and agents to prove their identity to use online government services (user authentication), and it’s fundamental to government transformation as digital take-up continues to increase. To give you an idea of scale, it supports:

Nothing immediately for users, but the current Gateway service is scheduled to come to an end by March 2018.

There is much the current Government Gateway service does well and we’ll be looking to take forward into a new solution. But we also know we can provide a more agile, flexible and secure set of services, and at lower cost.

Yes, it’s big! But it’s an undertaking we’re prepared for and looking forward to working on. For HMRC, I have to provide a new set of services that will support 53 of the existing 123 services hosted.

In addition, we’re exploring options around other government departments also using this replacement service. This would be restricted to business and agent-facing services only as Cabinet Office requires all other departments to use GOV.UK Verify: the cross-government service for any citizen-facing services where customers need to prove their identity.

I’m working through the detail with my team right now and working closely with other departments.  For me that means a genuinely open door and an honest and candid dialogue. We already have a cross-government steering group and that’s one of the main ways I’ll be keeping other departments up-to-speed on progress. I’m keen to meet more colleagues from across government who can play a role in developing this vital project.

If you’re interested in the future of Gateway and following our transformation progress, I’ll be blogging again soon. If you’re a government stakeholder and have questions or want to get more involved please contact my team at governmentgateway.transformation@hmrc.gsi.gov.uk

How do you stop half a billion phishing emails a year from ever reaching your customers? Well, we just have!

That’s how many emails criminals sent in 2015 pretending to be from an @HMRC.gov.uk email address. Together with our email service providers, we’ve just put in place a control that changes everything. With the catchy title Domain-based Message Authentication, Reporting and Conformance – or DMARC – we can now stop almost all of these from ever reaching our customers’ inboxes. To be able to have such a dramatic effect in reducing the threat to our customers is a huge achievement.

HMRC is recognised as one of the most phished brands in the world, most commonly with the classic ‘Tax Refund Notification’. Phishing emails are designed to steal customers’ personal or financial details, or to deliver malware to their machines. The resultant customer compromise leads to onward fraud against financial institutions and identity theft. To make the HMRC phishing emails look more authentic criminals will spoof, or masquerade, as legitimate HMRC domains, most commonly @HMRC.gov.uk.

I lead HMRC’s Cyber Security Team, and we’ve been working hard to tackle this issue by gradually implementing security controls across all of our email domains. We have already managed to reduce phishing emails by 300 million this year through spearheading the use of DMARC. It allows us and email service providers to identify fraudulent emails purporting to be from genuine HMRC domains and prevent their delivery to customers. We have just implemented DMARC fully on @HMRC.gov.uk, by far the most abused HMRC domain by cyber criminals.

Our dedicated Customer Protection Team, part of HMRC’s Cyber Security Team, continues to utilise innovative approaches to combat these threats. In the first six months of this year, they have responded to over 300,000 phishing referrals from customers. They’ve also instigated the takedown of over 14,000 fraudulent websites that were attempting to harvest customer data. These figures represent record levels of performance and demonstrate HMRC’s continued dedication to protecting our customers.

By proving DMARC works we hope to encourage implementation by other organisations to across UK, and indeed globally. It is only through the wholesale take-up of DMARC that we can truly protect all of our customers from the scourge of phishing emails. The National Cyber Security Centre is heavily pushing DMARC adoption across the UK and my team are proud to have put HMRC at the forefront of that movement.

Sadly this doesn’t mean an end to HMRC-based phishing. It will certainly mean there’ll be a lot less, and will force criminals to use other email addresses that don’t look as legitimate. Together with the guidance we publish for our customers, this should make phishing attempts easier to spot.

If you do receive an email you’re unsure about send it to phishing@hmrc.gsi.gov.uk, or if it’s an SMS message forward it to 60599. You can find further advice on online safety at http://www.getsafeonline.co.uk/